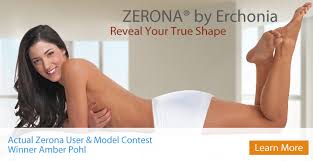 The following is from a Dr. in Toronto Canada: I am a Board Certified Plastic Surgeon in the United States and Canada. For a number of years, I have run teaching workshops for different liposuction techniques including ultrasonic liposuction, laser liposuction and radio frequency liposuction. Not all body contouring patients want or desire surgery and I have been a big advocate of offering non-invasive options for those seeking moderate but noticeable body contouring improvements without surgery. These non surgical techniques include technologies such as, VelaShape, Thermage Body, Ultrashape, TriActive, Liposonix and many others. I own and operate all of these devices within my Medical Spa’s and perform the various liposuction techniques within my certified surgery center.

All of this is a back ground leading up to Zerona Laser slimming. I too was suspicious that a photochemical, non-thermal, non-invasive, no pain, no downtime device would produce any results; however having reviewed the literature and following my personal Zerona patient experiences, I do agree with Dr. Kenkel, the ASPS incoming president and respected researcher, that there is scientific evidence for a significant, consistent, predictable, noninvasive, non thermal photochemical effect of Zerona on the fat cell.

After purchasing the Zerona device, I conducted a study on my own patients and I was quite impressed with what the device can do. The Zerona is a high fluence, low level laser therapy involving an array of diode laser devices positioned above the body of the patient, there is no pain, no downtime and no recovery. The patient lies for 20 minutes on their front side and 20 minutes on their back side. The 635 array of diode lasers emit up to 15 miliwatts at each source and focus the painless energy on the fat between the neck and the mid thighs. The characteristics of this diode laser light are such that over a series of treatments, performed every 48hrs, an opening is created in the cell membrane of the fat cells and the in triglyceride contents of the fat cells are released into the space between the cells where they triglyceride are eliminated safely and effectively by the bodies normal carry protein systems. 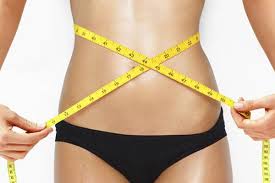 The Zerona Laser Slimming program generally involves a 1 month commitment on the part of the patient, 1 week after the consultation is spent preparing incremental space and body with some diet mortifications, walking, fluid intake and some homeopathic supplements. Then there are the 6 Zerona treatments performed every 2nd day over two weeks, each treatment lasting 40 minutes followed by a one week post treatment period. After one month there is a circumferential measurement test and pinch test, all comparing to the pre treatment status. In my study, like other published series, there was a greater than 90% successful response rate of patients with the Zerona treatment. Response is defined as between a 3-9 inches measurable reduction and multiple body treatment areas.

Properly selected patients of Zerona are very happy. It does not replace nor complete with Liposuction of focal non-invasive “spot” treatment devices, which focally reduction contour abnormalities. Zerona is a generalized truncal body slimming technology with no apparent effect on cellulite. The Zerona patients are happy if well selected. The procedure is affordable and it offers most clients that are unwilling or afraid of undergoing the gold standard liposuction procedures a slimming body contouring option. The Zerona distribution and sales company SBMI, believes enough in their product that they will guarantee the 3-9 inches result in a patient or they will provide the MD and their patient with free round of treatments.

I wish that all laser companies would stand behind their technologies with such commitment and conviction. Because Zerona is a laser slimming produces a generalized body fat reduction, it can also be combined with other noninvasive focal reduction techniques such as VelasShape, Thermage Body, Accent, Ultrashape etc to provide slimming and focal contouring without liposuction, a program I call Zerona Sculpt.

Zerona laser liposuction is the newest option in body sculpturing. It offers the benefits of less invasive therapy than regular liposuction to remove stubborn fat deposits.

Zerona is a recently developed method designed by Erchonia Medical to get the effects of liposuction in a non-surgical manner. Instead of getting cosmetic surgery liposuction, a specially designed laser is used to destroy and mobilize fat cells through the skin. There is no need for an incision and no need for anesthesia.The procedure does not produce the same pain, bruising and swelling that many patients getting traditional liposuction experience. In addition, there is no scar at all because no incision was made. There is no “down” time after Zerona laser treatments because it is not actually a surgical procedure so you don’t have to take time off from work or comply with the traditional recovery period instructions, such as bed rest or limited activity after the laser liposuction treatment.

The Zerona treatment uses cold laser therapy rather than a high heat laser to dissolve fat, essentially melting it away to improve the appearance of the fatty areas and promote weight loss. Patients are completely comfortable during the no anesthesia procedure and are even allowed to read, relax, listen to music or sleep while being treated on a comfortable massage table in the cosmetic surgery or clinic rather than in an operating room.

In fact, Erchonia Medical presented study results to the American Society of Lasers in Medicine and Surgery which showed that patients lost an average of up to 6 inches from thighs, abdomen and buttocks after treatment with Zerona laser liposculpting. Some patients may lose much more weight and inches after only 2 weeks of treatment.Erchonia Medical has a long-standing reputation of developing “state of the art” lasers for cosmetic surgery uses including acne treatment, chronic pain treatment, carpal tunnel syndrome and breast augmentation.Erchonia had also previously developed a laser liposuction treatment which used a laser to assist the mobilization of fat during traditional liposuction. Offering great results with little medical risk and no recovery time, this new Zerona laser liposuction treatment appears to be much better than traditional liposuctionThough many people are simply looking to lose stubborn fat deposits and improve their appearance, Zerona laser treatment may have an added benefit. Studies have shown that reducing fat deposits will help to lower low-density lipid in the blood which may have the benefit of reducing cholesterol levels and decreasing the chance for the development of cardiac problems.This happens because people with large amounts of fat may become resistant to the satiety hormone “Leptin”. Leptin is supposed to reduce hunger but over time people can become desensitized to it. Reducing the amount of fat in the body through use of the Zerona laser will reduce the amount of Leptin in the body – allowing the brain to resensitize itself to the Leptin so it will start to work again. Over time reducing the amount of fat in the body may have the benefit of reducing hunger levels so the weight loss is not only immediate but may be continued over time.Zerona laser liposculpting generally requires 6 visits over a 2 week period. Patients are encouraged to resume normal activities immediately. Patients are often advised to drink plenty of fluid, particularly water to hydrate the body before the procedure which will allow the body to more easily mobilize the fat out of the body.During the 2 week treatment period, daily water consumption should remain at 8 to 10 glasses per day and to massage the areas being treated to increase fat movement out of the thighs, abdomen and buttocks. Supplementing with B Vitamins may increase the effectiveness of the Zerona liposuction laser therapy.

While liposuction is a highly invasive procedure, there are now non surgical liposuction alternatives which have been introduced to the market. These noninvasive methods allow you to experience almost same dramatic benefits associated with liposuction without going under the knife. There are neither tiny incisions nor cannula (the thin hollow tube which was originally used to break up fat and siphon it out of the body). FDA-approved Liposuction Alternatives have the benefit of being potentially safer efficient and less traumatic for the body and making your recovery time much shorter.

And here is the point where we would like to shed light on a prominent misconception: There is no such thing as Non Surgical LipoSuction! Even Wikipedia has a page dedicated to Non Surgical Liposuction (http://en.wikipedia.org/wiki/Non-surgical_liposuction) but this is a huge oxymoron! As we described in previous articles (What is liposuction) one of the common steps of all liposuction techniques is the suction of fat via cannula! In order for a cannula to reach the fat layer its necessary to make incisions (tiny or bigger)! But when speaking about incisions we speak about Surgery! This is why the term “Non surgical liposuction” is a glorious oxymoron and should be replaced with the term “Non Surgical Liposuction Alternatives” or simply Liposuction Alternatives!

How do they work?

There are proprietary brand names for liposuction alternatives. These techniques externally apply high-intensity ultrasound, lasers, radio frequency waves to liquefy the fat inside your body without ever penetrating the skin. Even massage is utilized (Endermologie) in order to remove fat the non surgical way! The fat is then transported out of your body via your body’s own mechanisms of expelling waste and metabolizing fatty compounds (mostly by means of the lymphatic system). Sometimes a bit of cardio after the treatment can improve the elimination of fat.